Shahrukh Khan Pathan has earned more than 600.crs in one week worldwide.

- February 03, 2023
Superstar Shahrukh khan latest action film has become the biggest blockbuster film of all times. Pathan is directed by War fame Director Siddharth Anand .Pathan has  earned more than 600 crs worldwide.The action film has also got Deepika Padukone and John Abraham in main roles.                         Till now the film has earned 600 crs in one week.
Post a Comment
Read more

King is back with Pathan.

Expectations of the Fans of King Khan are very high from his upcoming action Film Pathan. 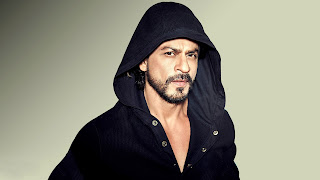 Both Pics Source-Internet            Expectations are very high from the most awaited film of King Khan Pathan.As the Star is coming on Big Screen after 4 long years fans  are waiting to see the star on Big Screen. The film  will release in theatres on Jan 25 .Lets hope the film will break all records. Meanwhile advance booking of the film is going on.The film also has John Abhraham and Deepika padukone in maim roles along side King KHAN.Action film is directed by Siddharth Anand who has directed superhit Films like WAR.
Post a Comment
Read more

- January 16, 2023
Biggest Blockbuster film of 2022 Drishyam 2 till now has broken all records till now has created one more record which will be very difficult to break.And now the hit film has entered 300 cr club.Now that's a milestone for any star,film.and the film maker.The thriller film is one few Blockbuster film  of 2022.
Post a Comment
Read more